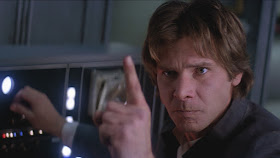 UPDATE:  Entertainment Weekly's Anthony Breznican tweeted out earlier that, according to his sources, the below list is both incomplete and (somewhat) inaccurate.  Breznican tweeted that the list of actors in consideration for the role of young Han Solo in the 2018 film is "much longer" and some of the names "aren't actually on it".  See his tweets below,

I'm hearing the list is much larger than that & some of those names aren't actually on it. FWIW. https://t.co/TWxxVAweEU
— Anthony Breznican (@Breznican) January 11, 2016

We will continue to monitor this story as it develops.

ORIGINAL STORY:
Casting is well under way for the 2018 Han Solo Star Wars: Anthology film from directors Phil Lord and Chris Miller (The Lego Movie, 21 Jump Street).  Variety is reporting that Lord, Miller, and producer Kathleen Kennedy have narrowed down the list of contenders to about a dozen actors (down from the 2,500 who auditioned).  According to Variety, "Miles Teller, Ansel Elgort, Dave Franco, Jack Reynor, Scott Eastwood, Logan Lerman, Brooklyn star Emory Cohen and Everybody Wants Some actor Blake Jenner (are) among the names making the cut."

Variety also suggests that the young Han may make a cameo in this year's Rogue One: A Star Wars Story before starring in his own film, however this seems unlikely (given that Rogue One takes place directly before A New Hope, whereas the Han Solo film is slated for ten years earlier.  Not to mention it seems unlikely that Han would have anything to do with the Rebellion before meeting Luke and Obi-Wan in the Mos Eisley Cantina).

As always this is just a rumor until confirmed or denied by Lucasfilm or Disney.

The Han Solo Anthology film (or "Hanthology", if you will) is slated for a May 25th, 2018 release.  The film is directed by Lord and Miller and is written by legendary Star Wars writer Lawrence Kasdan, who co-wrote The Empire Strikes Back, Return of the Jedi, and The Force Awakens, and his son Jon Kasdan.