New pictures of a familiar spaceship on the set of next year's Rogue One: A Star Wars Story have been leaked by TMZ.  TMZ posted three new pictures from Pinewood Studios from the set of the Gareth Edwards directed film.  Rogue One is slated for a December 16th, 2016 release and stars Felicity Jones, Forrest Whitacker, Madd Mikkelsen and Riz Ahmed.  The film will follow a band of Rebels as they steal the plans to the first Death Star.  The pics TMZ leaked aren't huge spoilers, but if you are trying to avoid all Rogue One spoilers then stop reading now.  This is your SPOILER ALERT!
-
--
---
----
-----
------
-------
--------
---------
----------

The pics feature a classic X-Wing.  This is apparently the same X-Wing that was featured in the set Making Star Wars described last week.  Check out the pics below, 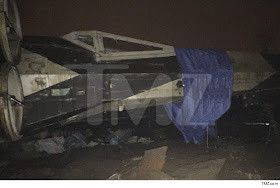 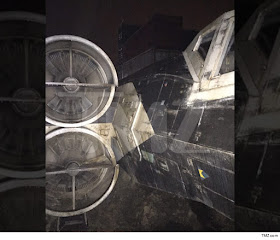 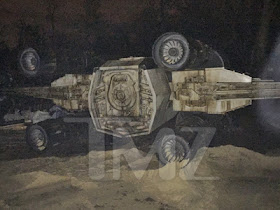