George Lucas has seen and "Really Liked" The Force Awakens 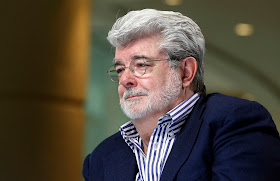 George Lucas' current relationship with the new Star Wars films has been the subject of much debate lately, with Lucas likening his departure from Star Wars to a break up.  Fortunately, it seems the Maker is still willing to be friends with the new Star Wars.  Lucasfilm president Kathleen Kennedy told The Hollywood Reporter that Lucas had seen The Force Awakens and "really liked it."  She also stated that Lucas will attend the Los Angeles premiere of The Force Awakens on December 14th.

Personally, I'm really glad that Lucas liked the film.  As excited as I am for the new film, I was sad to hear that Lucas was not involved in any way.  Lucas has said in the he always wanted to see a Star Wars film the way everyone else did and I'm really glad to hear that he got his chance.  Perhaps he got to see it with his friend Steven Spielberg, who has apparently seen the movie three times already!