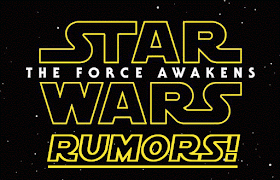 The day fans have been waiting for since October 2012 is almost here.  We are less than 100 days away from Star Wars Episode VII: The Force Awakens being released to theatres and fans are wondering when we will be able to buy our tickets?  It seems we may have an answer.  Bobby Roberts from the Full of Sith podcast has heard that October 19th is the day.  Though he clarifies he's only heard about Century and Cinemark theatres, but thinks it's safe to assume AMC, Regal, and other chains will likely follow suit.


Your wallet's gotten a workout since Force Friday, but you're probably wondering "When do I get to spend money on the...
Posted by Full Of Sith on Tuesday, September 15, 2015

No word on if this is just a US date, or if tickets will go on sale world wide at the same time (wouldn't that be a fun moment?)  I also like Bobby's theory that a trailer would be released to coincide with the tickets going on sale.  Many had hoped that a trailer would be released to tie in with Force Friday and the release of the merchandise -to be fair we did get a 15 second teaser on Instagram- and this would seem like the next big The Force Awakens event that a trailer could be tied into.  At the very least I would hope that we would get something like Instagram teaser to go with the ticket sale.

As always this is just a rumor until confirmed or denied by Lucasfilm or Disney.