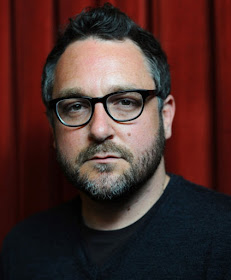 Colin Trevorrow is a rising star in Hollywood, having directed the 2012 hit Safety Not Guaranteed and this year's Jurassic World, due for release on Friday. In a recent interview with MTV's Josh Horowitz to promote Jurassic World, Trevorrow was asked if he would be interested in taking on a Star Wars film, and what type of film he'd want. He explains that as a Star Wars fan himself he is most interested to see the continuation of the numbered chapters of the Saga, especially Rian Johnson's Episode VIII. On the question, Trevorrow didn't say no to the prospect of joining the Saga, but said at the moment he wants to "define himself" as a filmmaker through other, more original projects. You can watch the full conversation below:

So, what kind of Star Wars movie would you like to see Colin Trevorrow direct? Let us know in the comments below, or in Club SWU!