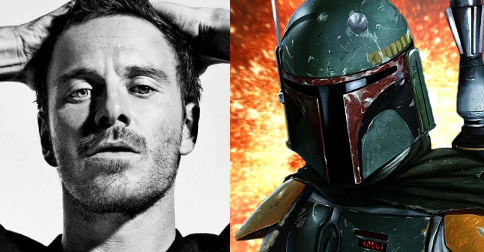 Today, entertainment news site iKwiz.com revealed a few Boba Fett tidbits they heard from a source. The first piece of information concerns who will be playing the iconic bounty hunter in the rumored Boba Fett standalone film and other future projects.

"Michael Fassbender is the frontrunner to be Boba Fett, fact!"

But when in the Star Wars timeline will this film be set, and how can an actor who isn't Temuera Morrison play Fett? The source gave some potentially gamechanging information about the future of the character.

"Boba Fett is a mantle. The name, the ship and the armor gets passed down to a successor. That's how he is brought back for the films and explains the character for later stories. Fett fans are in for a few surprises. They [Disney] get the cult status of the character, so you're going to see more Boba Fett in the future."

The possibility that a third Fett character might take up the Mandalorian armor in the Sequel Trilogy era, opens up the door for Harrison Ford to reprise his role as Han Solo in the film as well, which fits with recent rumors that Fett and Solo would both appear in the same film.

As always, take this information with a grain of salt, but the picture for the 2016 Star Wars spinoff film seems to be getting more and more in focus!