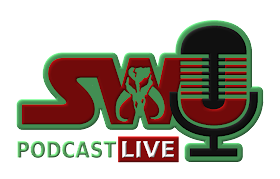 On this episode Chris, Ben, and Dominic are back to break down the latest Star Wars News, and reveal some exclusive info!  First they break down the reveals of the character names of the leads in 'The Force Awakens.'  Then they discuss comments made by Disney CEO Bob Iger about the future of Star Wars at the Disney Parks, and make an exclusive reveal about the future of Star Tours!  They also discuss the recent novel 'Star Wars: Tarkin.'  From Tarkin's youth to the depiction of Darth Vader no stone is left unturned in their discussion.  Plus, Rebels at Celebration, more trailer reaction, and Dominic lays out a theory about how parts of 'Tarkin' may relate to 'The Force Awakens' and beyond....
Episode Break down:
0:00:00 to 1:04:37 Intro, News, Exclsuive Info
1:04:37 to end of show: 'Tarkin' discussion + Wrap up